We looked at many houses when considering our move to Nashville, each with many obstacles to be overcome.  I wanted an older home where we could create something unique.  Ruthann wanted something close to the interstate to get her quickly to her beloved hometown of Franklin, TN.  High on the list of items we both wanted was an open concept living space…a kitchen open to the den. Well, maybe Ruthann wanted that more than I did.

Open kitchens are hot, hot, hot in the housing market. And, in an old home, they are nearly impossible to find. At Boxwood Hill, the kitchen and den had a staircase dividing them. When we first looked at it, we decided the house was a NO, and we continued to look, but with no success.

At the same time, I was working on a client’s home where she wanted to add a rear staircase. The builder said, “No problem.” I asked him, “if it’s that easy to add a stair, how difficult is it to remove one?”  He explained it was a fairly simple and inexpensive process, so I quickly scheduled a time to look at this house again.

The house already has a front staircase and really isn’t a large home so two staircases weren’t a necessity. So, by removing the rear staircase, this opens up the kitchen and breakfast room into the den. This really makes it nice for today’s living style, where people really do entertain in the kitchen. It also opens up sight lines from the front of the house to the rear, making everything seem larger.

Removing Obstacles – View from the DEN side 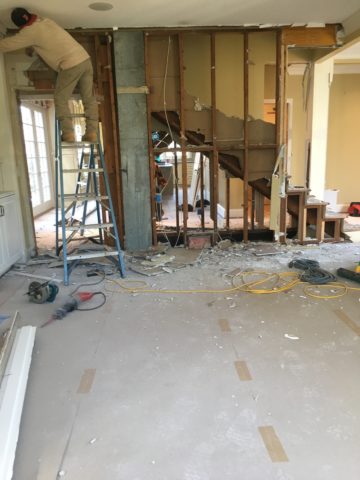 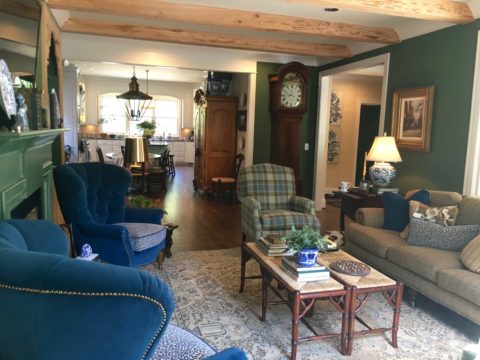 Removing Obstacles – View from the Kitchen side 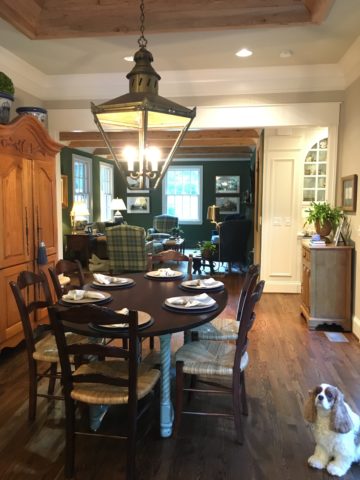 Another added benefit of removing the stair was improving traffic flow and functionality for the butler’s pantry, which we now really use as a bar for cocktails and wine. Before it was a tight hallway area. Today, you can easily drift from the butler’s pantry to the dining room and back to the kitchen. 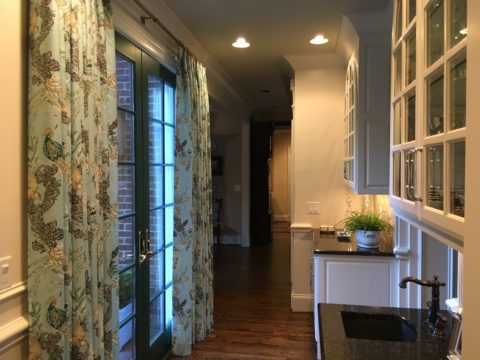 Interior design clients seem to think that adding rooms is easier than reworking rooms. I guess it’s because they can process it easier in their own mind’s eye. Instead try this: when searching for a new home, keep in mind what areas you can change easily and which take more time and effort. If you can rework an existing footprint, you can really get more bang for your buck.

So, don’t let awkward layouts scare you off from buying an existing home. Think about using the rooms in different ways, or Removing Obstacles.