As many of you who follow Eric Ross Interiors on Instagram and Facebook know, we have moved to Nashville, TN and have been renovating an old house we now call home, Boxwood Hill. I thought it would be fun and informative to pick a few details from the house and give you some insight into my thought process on the renovation why we made the interior design choices that we did. 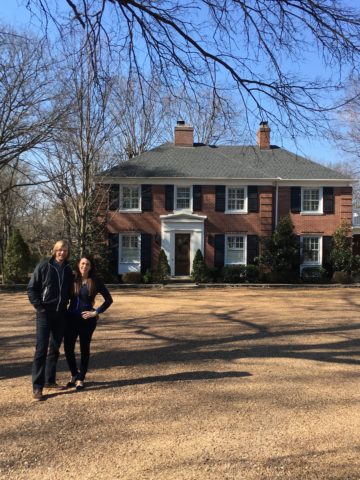 The house had gone through a major renovation in 2008, but many of the improvements were out of character for a house built in 1937. Architectural details were too large and overblown. In particular, the fireplace mantles in the living room and den were too large and overly decorative. Although the house is Georgian style, it isn’t a large house, so in my opinion, the design details should be clean, traditional and straight-forward.

The LIVING ROOM mantle shelf was very deep and supported by extra large brackets. The simple fix was for me to have the brackets removed and make the mantle shelf narrower.  This allowed it not to stick out too far and draw attention to itself. This made the room also feel larger since the mantle decoration was now in scale with the size of the room. 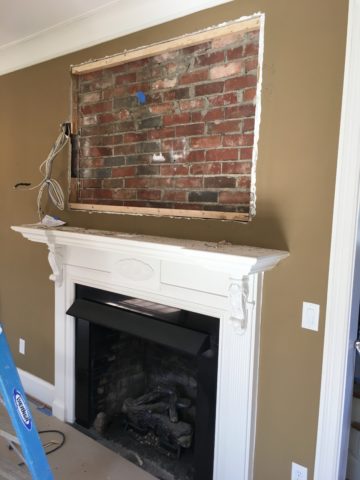 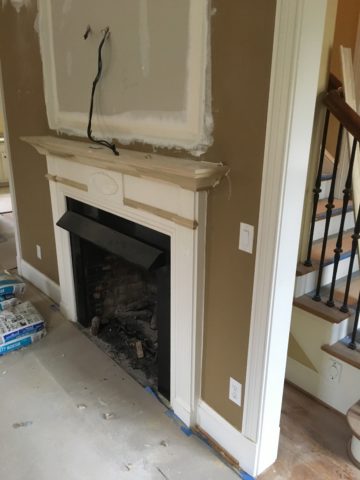 In the DEN,  We removed the large columns that supported, again, a large mantle shelf. This room is narrow, so I wanted to reduce the physical size of the mantle, as well as the visual weight of it.

RENOVATING TRUE TO THE PERIOD

A great trick when renovating is to make “the new” look like it had been in the house “originally”. In 1937, the size of the mantle would have been smaller in proportion to the size of this small den. So when renovating an older home, it helps too put yourself in the original builders shoes.  “How would he have designed this?” More times than not, a builder or architect would have made the details beautifully proportioned, but simpler.

For both rooms, by keeping most of the mantle trim, but removing the larger pieces our carpenters were able to reduce the overall scale. Then they reworked the existing parts from other trim we were using in the house. So, most of the cost was labor, which helped spread our budget a little further. 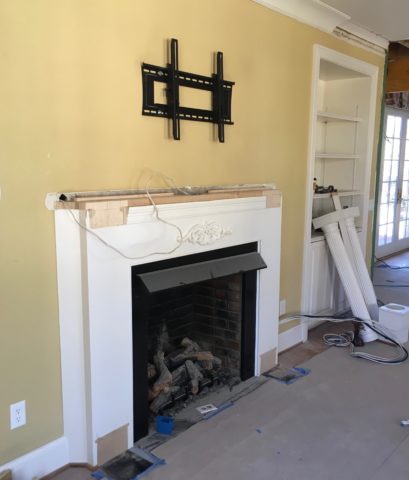 I designed the new den mantle to have a bracketed trim detail in the corners, which is a very traditional detail that you see in homes the age of Boxwood Hill. 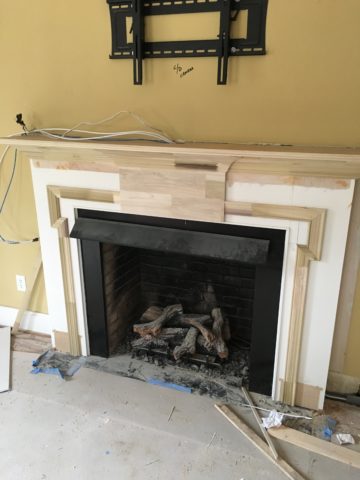 When Renovating these details seem like a small thing, but together, they add up to a big difference.  The mantles now have an overall authentic feel. The fireplaces feel like they have always been dressed this way. 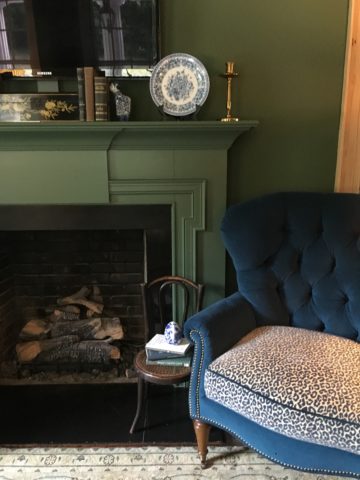 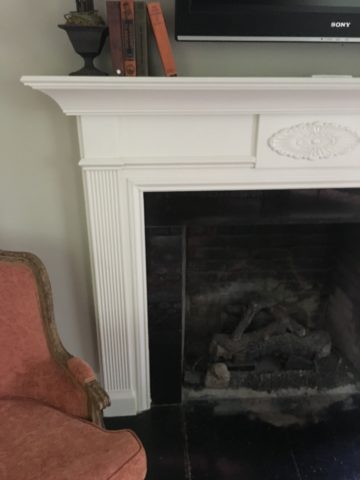