Eric Ross Interiors in Nashville, TN is pleased to announce another partnering opportunity with Traditional Home Magazine. This Show House will take place in High Point, North Carolina, home to the International Furnishings Market and will run simultaneously to the spring market, which takes place April 18-23.

An impressive estate is being presented by the Junior League of High Point and represents one of the first examples of the Tudor Revival movement in High Point.  This property, located on a corner double lot with sprawling back yard features a five bed room, three bath home and is complemented by a carriage house and swimming pool. 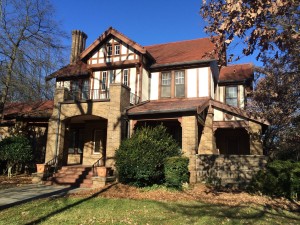 The home, featuring many period details was originally built in 1912, by R.B. Terry Sr.. Upon his death, Mr. Terry’s son Randall B. Terry Jr. became the owner of the property. Randall Terry, Jr. was an active businessman in the furniture industry, as many other entrepreneurial endeavors in the greater community as well as publisher of the High Point Enterprise newspaper. He was also a passionate dog lover whose seven golden retrievers were the last inhabitants of the home. In 2004, Mr. Terry died and left the house and a trust in place that allowed for a local caretaker to provide for the dogs in the home until their deaths. In the summer of 2014 the last remaining dog, Diana, died. Locals refer to The Terry Estate as the “million dollar dog” house. The home will be put on the market after the Showhouse ends.  Darby says he’s a BIG fan of Mr. Terry!! 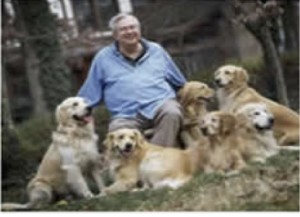 Mr. Terry’s love of his canine companions eventually led him to lend his generous support to North Carolina State University’s School of Veterinary Medicine in addition to the Woodberry Forest School, where Mr. Terry graduated from High School.   “Two paws up to that!” says Darby. 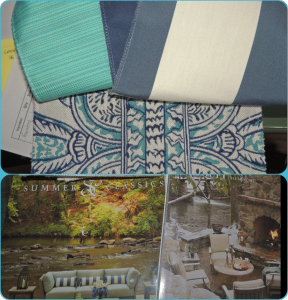 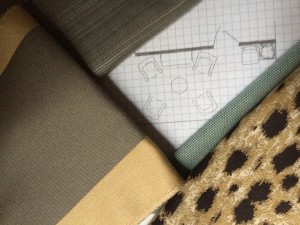 The planning has begun…and I can’t wait to share this journey with you.